It feels funny to admit that the inspiration came from a paper doll house, but I remember seeing one and thinking that could be a clever idea for a music video – but make the house inspired by something less conventional, like a paper doll party house.

After commissioning an incredibly diverse range of music videos from the Genero community for every track on their album Big Mess, we have one final GROUPLOVE video to share!

US animator and Platinum filmmaker Brendan Huza is behind the Official Selection for ‘Good Morning’, which was created with a paper doll house aesthetic. 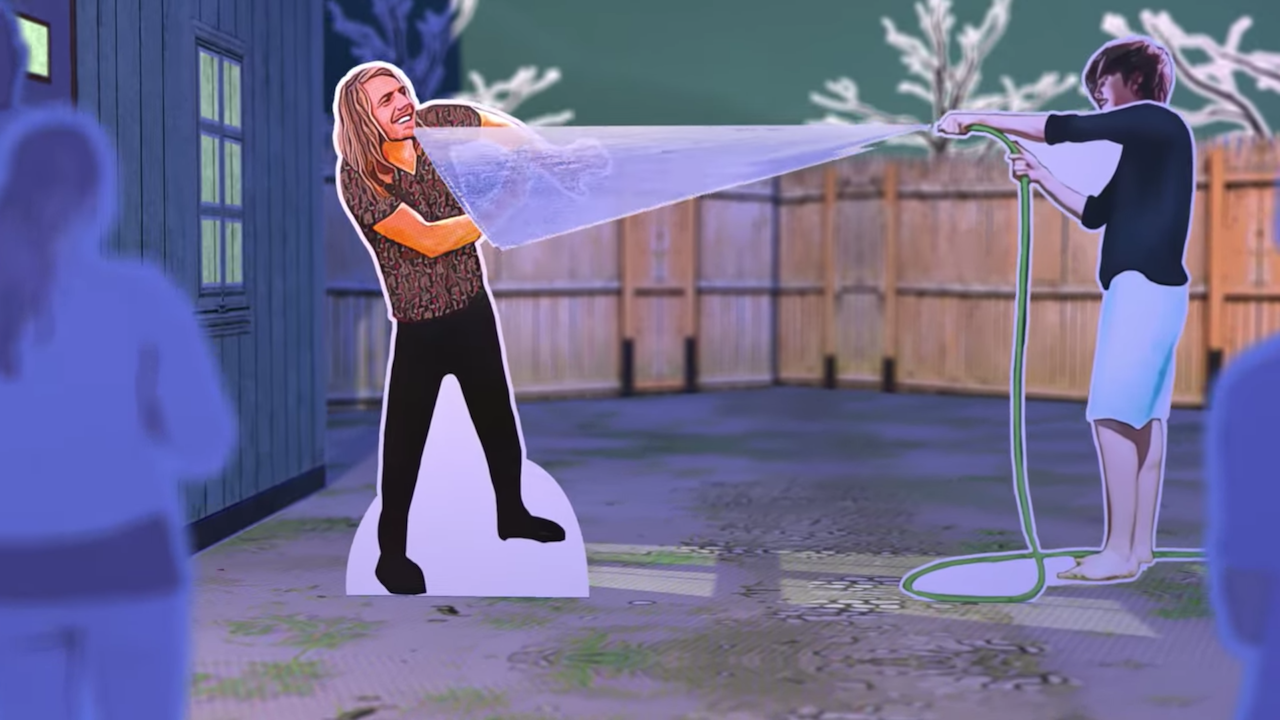 A huge thanks to everyone who took part in our GROUPLOVE brief, and a big congrats to Brendan for his work on this one. We caught up with the animator and asked him to share a bit more detail about the process of creating this one! Check it out below.

I’ve been a fan of Grouplove for awhile now, and I thought it was awesome that they were allowing filmmakers the opportunity to create a video for every song on their new album. I knew I definitely wanted to give one of them a shot. When listening through the tracks, ‘Good Morning’ stood out right away as a fun and upbeat song, that I thought would be equally fun to animate a video for.

It feels funny to admit that the inspiration for this video came from a paper doll house, but I remember seeing one and thinking that could be a clever idea for a music video – but make the house inspired by something less conventional, like a paper doll party house. And as soon as I heard the song ‘Good Morning’, the idea came back to me – the house could be the bands house – where they live, sleep, party, perform, and have fun.

With that idea in mind, I knew I wanted the paper doll house aesthetic to feel authentic – where I could spin it around and jump from one room to the next. So I’d need to build the entire house in 3d space and have all the rooms actually be connected. I did some research and found a lot of printable house and furniture templates on Pinterest that I used as reference. Then I got to work creating each room of the house in Photoshop, and constructing all the rooms together in After Effects – taking advantage of the program’s ability to construct in 3d space, add lights, camera movement and depth of field.

“The night is young/why ya’ gotta say good morning” was the lyric that really inspired the whole idea of the story. I wanted to juxtapose a night of people partying VS the next morning when the band is waking up and going about their day with all the party-goers still passed out around them. It was fun to envision how the same space would be used for two totally different scenarios/times of day and using the songs rhythm to cut back and forth between the two. And once I came up with what rooms I would need and how the house would be laid out, the video really came together from there.

This video was a lot of fun to work on, and I am honored and thankful to have been selected. I want to thank the band and Genero for the opportunity!