We recently worked with Lost Souls on Broadway to commission a filmmaker for their track Anthem For the Fallen, and the official music video has premiered! The grungy robot uprising was created entirely by US based editor/animator Nick Refuerzo. 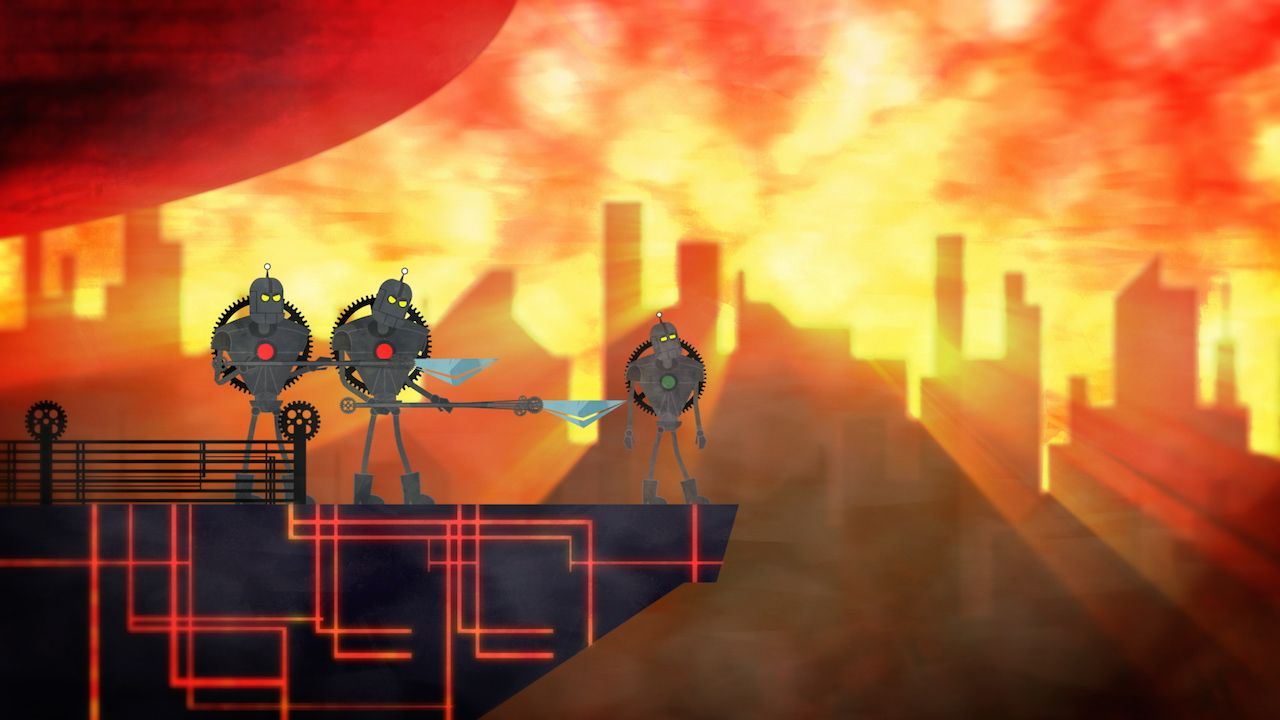 The video is a brilliant companion for the song, and we asked Nick to tell us a bit more about putting the whole thing together:

“I had a great time animating this video for Lost Souls on Broadway! I was happy to have been chosen, but I was scared my silly cartoonish style would undercut a really important song about standing up for what’s right. But the band was fully supportive of me.

My goal was to honor the song, lyrics, and band’s references with an archetypal story and present it in technically challenging way. I felt like Anthem for the Fallen warranted no tricks or cuts, and portrayed the moment one voice decides to stand up. I honestly didn’t know where to begin, so I just choreographed the protagonist fighting air, then added in other characters one by one until it felt like an actual uprising.

I wanted to create something I could look back at and think, “I can’t believe I key framed all those robots on a little laptop.” Ultimately, I hoped to entertain the viewer. But in the back of my head, I also hoped the finished music video could plant a seed in the viewer to stand up for what they believe in.”

Watch the full clip above, and see more of Nick’s work here!