After inviting filmmakers to create music videos for his unique track Donald Trump Makes Me Wanna Smoke Crack, LA based artist Ledinsky has now made a selection and premiered the official music video!

A huge congratulations to Peder Bergstrand, whose animation was selected for the track! We asked the animator to talk us through the making of the video, and you can check out his process below. 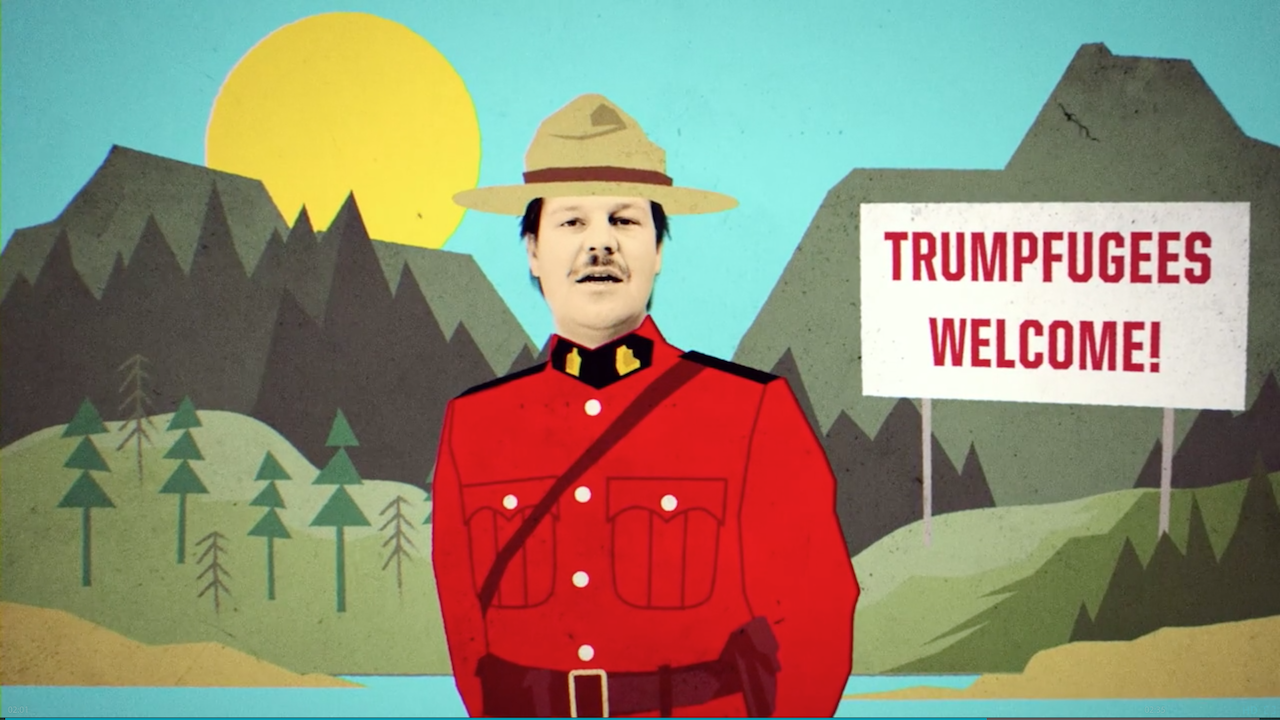 I started by writing the script, based on the songs lyrics. Every scene in some way matched the narrative of the song, but I still wanted the story to have a beginning, middle and an end. I started out by blocking shots and “drew” – in the most humiliating incarnation of that word – a storyboard. I shot each of them with my shitty cell phone camera so I didn’t have to go through the tedious work of scanning them into the computer. After all, more resolution wouldn’t flog these dead horses of drawings into looking any better, but hey – at least they made it easy to edit now that I had all the scenes visualised. Sure, by a 2-year old trapped in a 35-year olds body, but still. 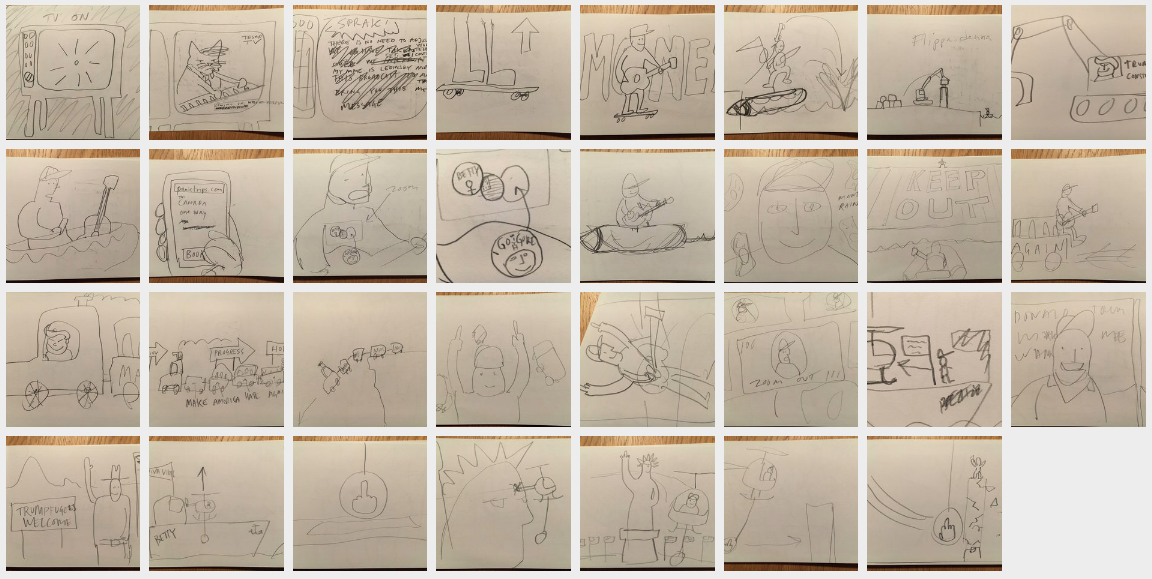 Now that I had the pacing of each scene locked, I brought the Premiere project into After Effects and started to replace the crap scene placeholders with actual animated scenes, one by one. I started out by creating the characters of Ledinsky and Trump, so I could rig them and animate them. Based of the clothes and attire Ledinsky posted to his Instagram, I illustrated him and layered him, joint by joint. I then imported the illustrator document into Photoshop so I could texture the puppet with grit and tattoos etc.

Every scene needed its illustrations, and once I had them done in illustrator, I took them all into Photoshop to add texture and grit to them. See below for before/after.

After animation all the scenes (basically being done with the video), for the final look I added the grade – a giant stack of film emulations, color corrections, vintage lens distortion simulations and film damage & dust!

Another big congrats to Peder for his work on this one! You can see all the videos, including Staff Picks + Finalists here. 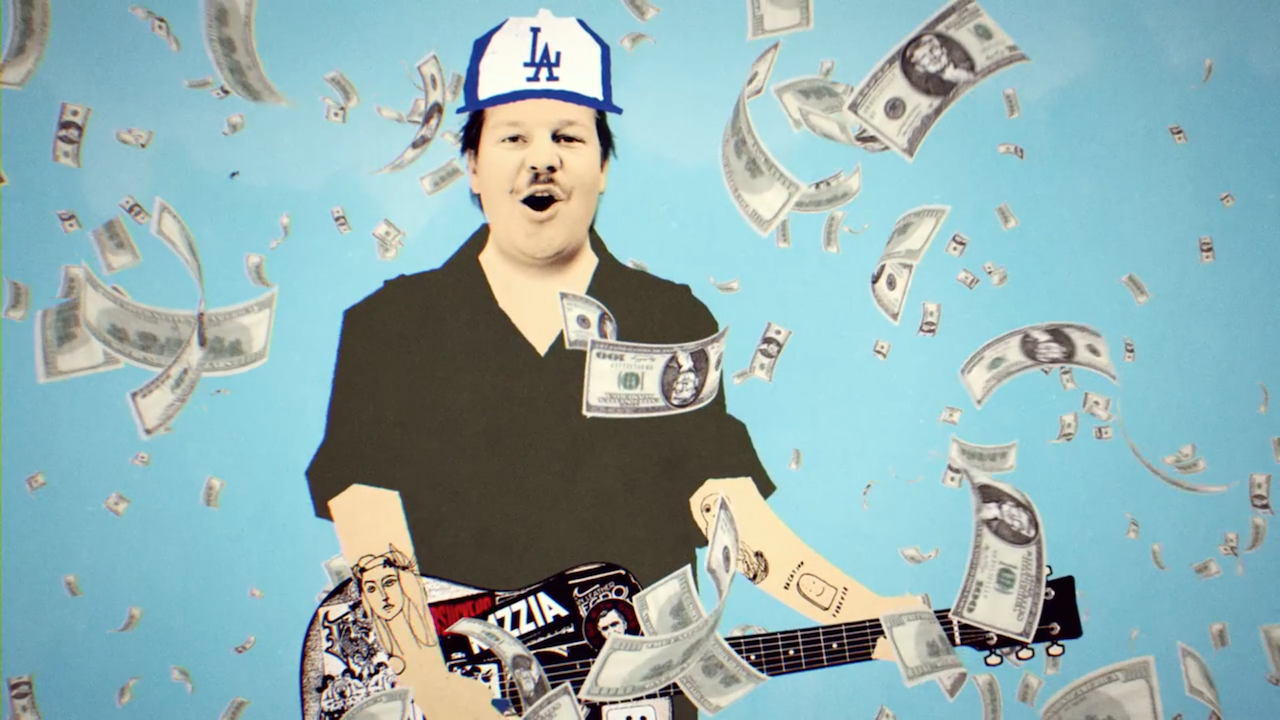