Congrats to Brendan Huza who we selected as the Genero video winner. While it was torture to just pick one, this one made us nostalgic and teary. – Alanis Morissette

It’s time to announce the winning video for our Alanis Morissette brief! A huge congrats is in order for filmmaker Brendan Huza. Paying homage to the original music videos from Jagged Little Pill, Brendan’s clever animation clearly struck a chord with Alanis, and he receives $4,200 for his work. 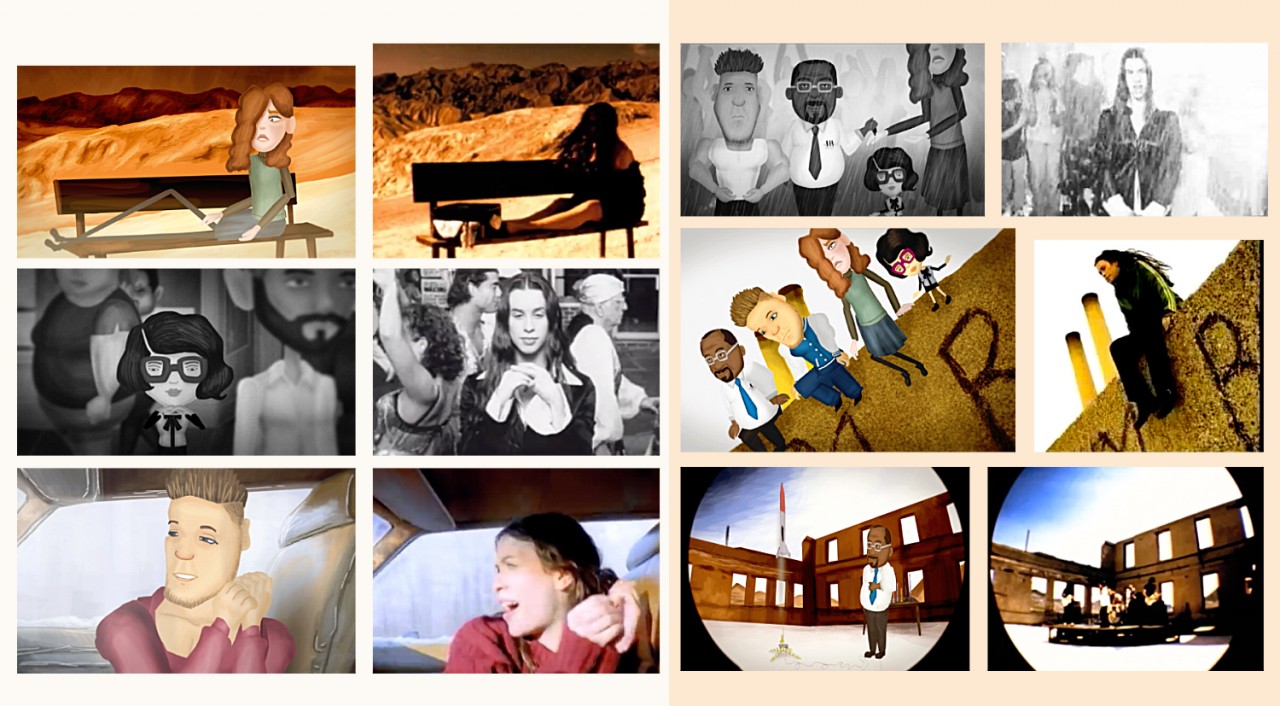 Keen to find out just where the idea came from, we asked the animator to tell us about his experience putting together the video as a filmmaker and a fan.

‘Jagged Little Pill’ was the first album I ever owned. I was 10, and I had it on cassette tape – and when my friends tape player ‘ate’ the tape beyond repair, my parents bought me another copy because they knew how much I listened to it. I never dreamed that 20 years later I would get to be a part of the 20th Anniversary Edition of that album – by making a video for the previously unreleased song ‘Superstar Wonderful Weirdos’. I love the message of the song: if people think you’re weird, be proud to be weird – be true to yourself and accept yourself for who you are. I made this video as a fan, and am excited and beyond honored to have been selected by Alanis for this!

I knew it would be fun to try to envision what the characters Alanis describes in the song looked like, and as I was brainstorming I started thinking about her videos from the album. ‘Ironic’ , ‘You Oughta Know’, ‘Head over Feet’,’You Learn’ and ‘Hand in my Pocket’. I remember seeing all of those videos on MTV and VH1 at the time, and each one stood out visually when I was listening to this new song. I suddenly had the idea that since this was an anniversary album, it would be great to feature visual links to those videos. I could put the character’s Alanis is singing about into her videos from ‘Jagged Little Pill’.

I knew that I would have fun with the idea but I wanted to make sure that this video told it’s own, unique story and only used the references as a backdrop, to hopefully inspire fans to go back and revisit the videos and songs from the album. After I decided to go that direction, I really enjoyed the process of trying to link each video together and still tell the story of the different ‘weirdos’ in the song.

I am beyond honored and thankful that Alanis selected me for this, and want to thank her and Genero for the opportunity. This is a song that is as relevant today as it would’ve been then, and I’m happy to be a part of it. There were some incredible videos submitted for this contest and I encourage everyone to check them out also, and to revisit this incredible album.

A huge congratulations to Brendan, and thanks to everyone who took part!