This week we were able to catch up with xfauthoux, our James Brown ‘It’s A Man’s Man’s Man’s World’ selection and subsequent Video of The Year Runner Up at the 2012 Genero Awards. We asked about his animation techniques, how he conceptualised such an emotive narrative and his current and past work in the music video space.

Hi xfauthoux! Firstly, how did you find out about Genero?

I heard about it from a friend of mine. 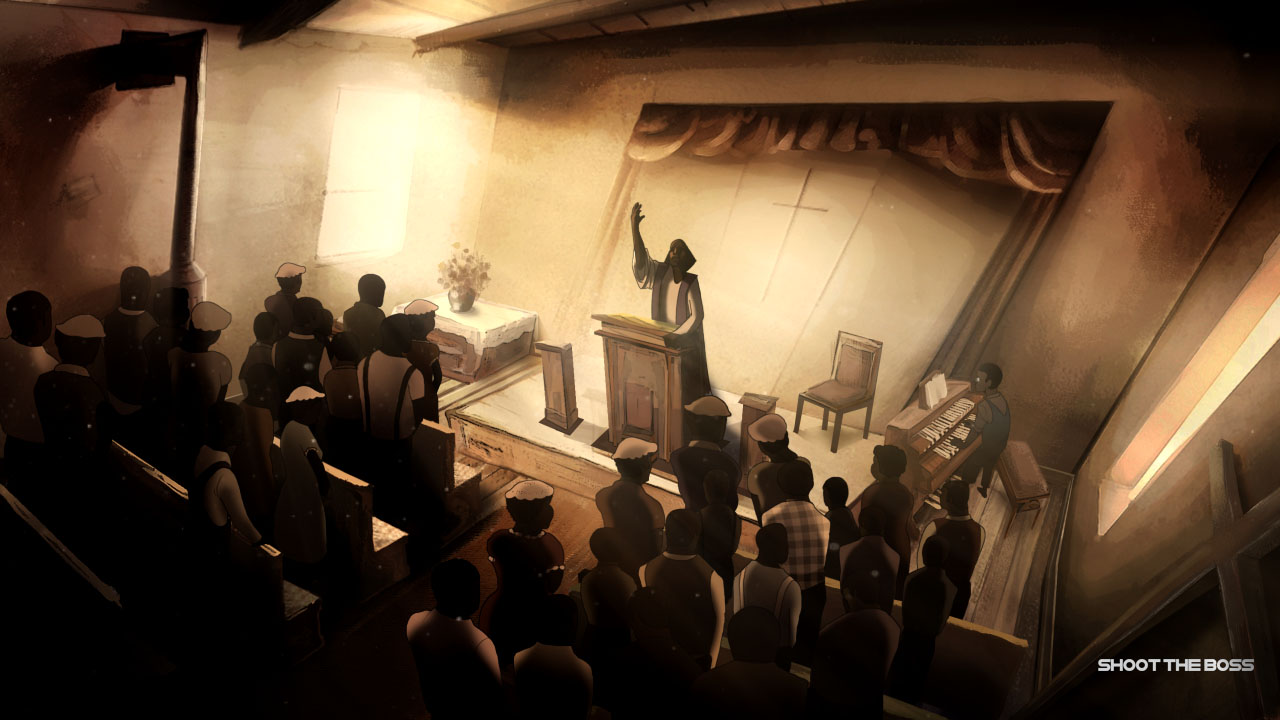 How did it feel to be announced as making one of the top 6 videos for 2012? What does it mean to you and how do you think it might impact on your career?

It is always nice to win a prize, but it is still too early to know if it will have an impact on my career. Business can be very hard nowadays for artists, graphic designers or directors. It can be hard as often budgets are small and there are short deadlines to make projects.

What sort of work have you done in the music video/short film space before?

I worked as musician (saxophone player with Martin Solveig), project manager in Ubisoft and other start-ups. Finally, I created my animation studio in 2005. I’ve always enjoyed animation and it was an opportunity for me to be my boss. Shoot The Boss (animation company name) comes from my gamer past. 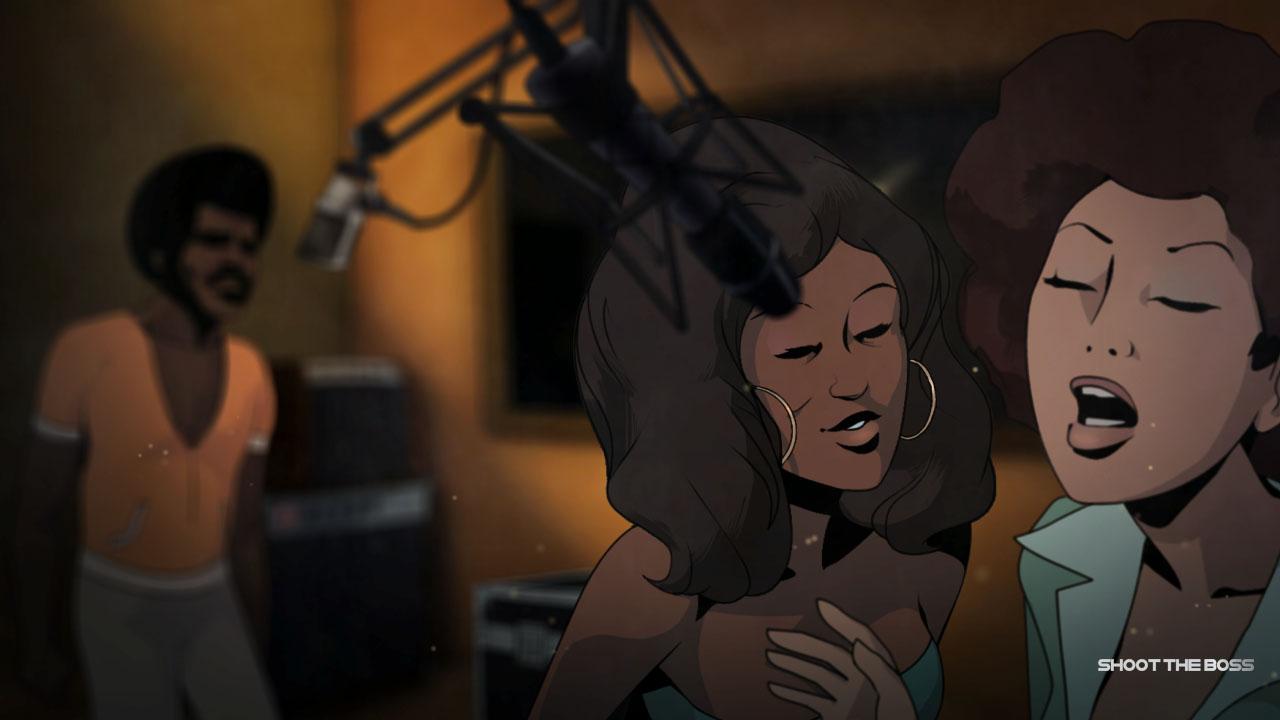 How long have you been making short films and animations? Did you study film making or animation/digital effects?

I studied in a multimedia school called IMAC. It’s a very good school because you learn the technical approach before the artistic. Technical is the first thing you need; if you have not first mastered the technique, then you cannot progress in the arts. This would be my advice for any animation students. I began to make a short film in 1999 in 2D with friends of mine, but I don’t think it’s a good idea for me to show that to you 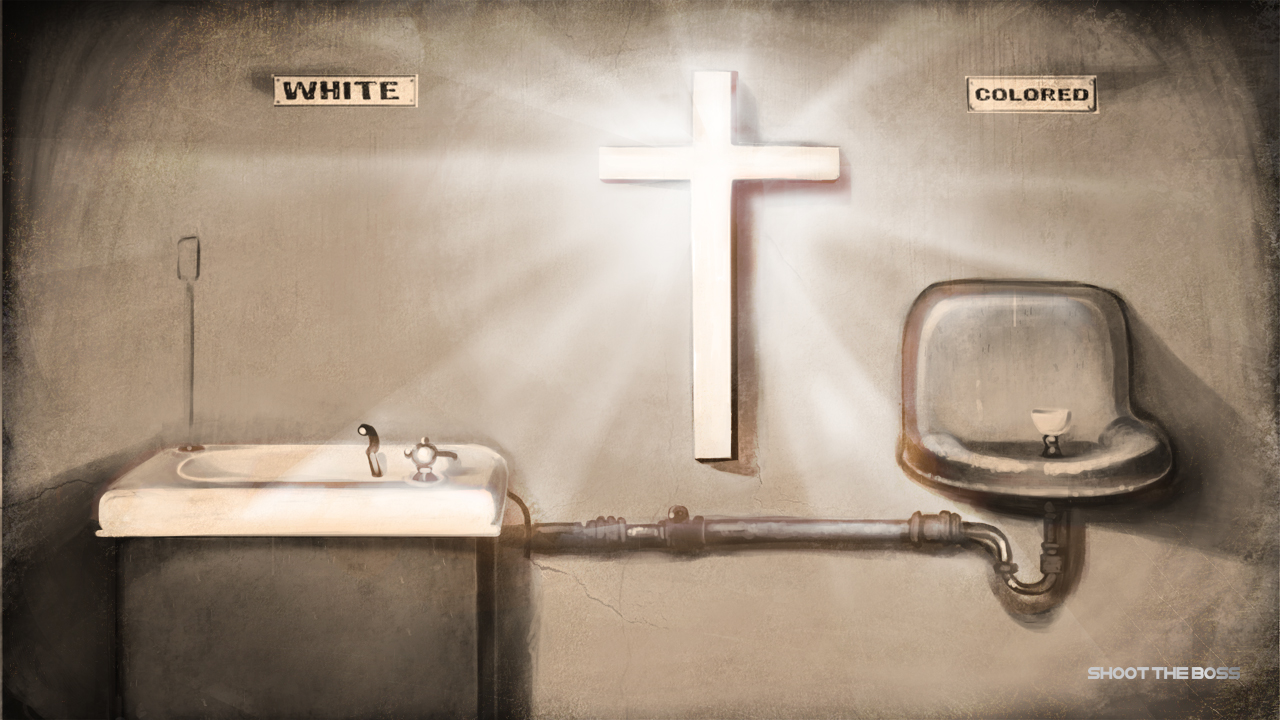 It’s not only animation that interests me. I like experimental video, VFX and live action.
Some shorts for TV that I have directed include;
Nature Boy,
Le Porquoi des Choses and
Les Tontons Zingueurs

Tell us a bit about the production process of your video. For example, what editing software did you use? How did you storyboard?

I worked with a small team. At first, I thought to make a movie with only live footage of James Brown. I then met a friend, a French street Painter, Daniel Bussiere. His work is incredible. I wanted to have the same effect in my animation that he does in his artwork; with splatter and paint effects in Rotocope editing software.

But for me, it still wasn’t enough, and then I thought to include the Afro-American civil rights movement in different sequences. I made a story-board with photos and drawings, but quickly we found there would be copyright problems with certain photographs we wanted to use. The most complex scene was the Olympic Game with the runners. We needed to make a first person shot in 3D to respect the camera angle. And then afterward we Rotoscoped all the images. 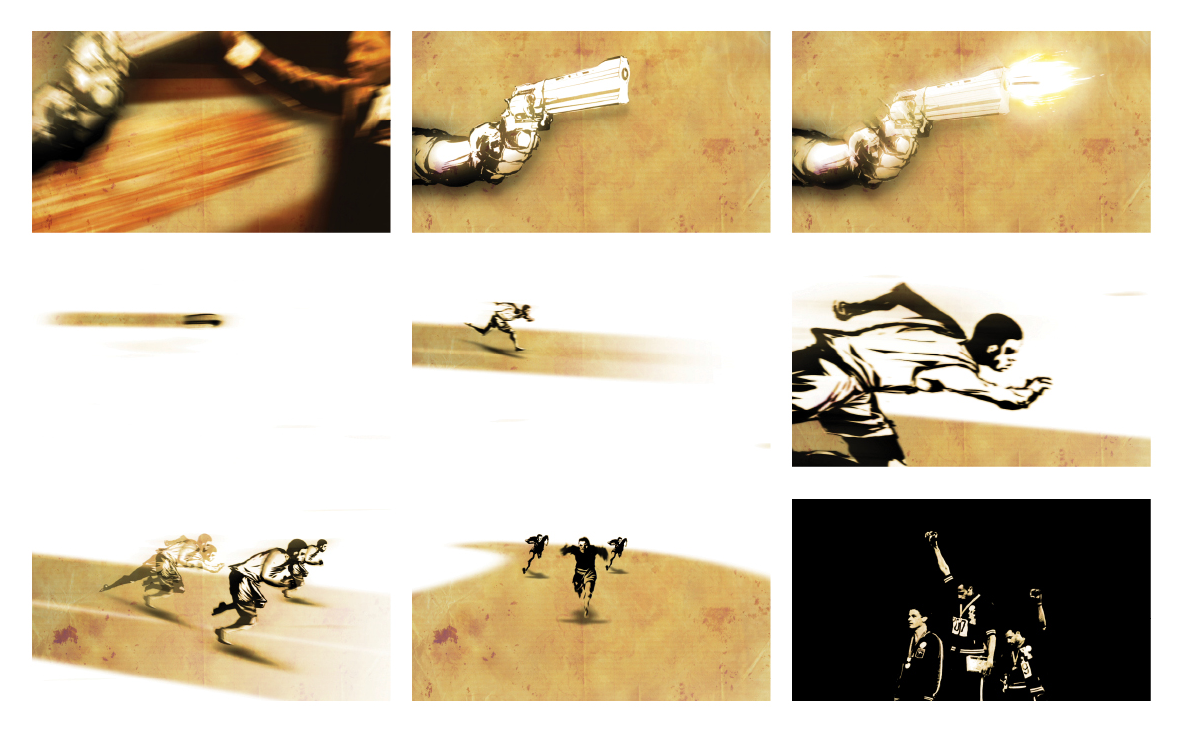 Your video is so incredibly emotive, which some might argue is hard to do using animation. How did you go about creating an emotive narrative and visuals?

Thank you. But I think it’s because the music is fantastic. James Brown was an amazing artist.
There is a lot of emotion because we talk about things that are in our collective unconscious. Men and Women, poverty, racism, violence. Everyone has seen or can relate to certain images; whether it be of lynching, murder, slavery, Martin Luther King, or the Vietnam War. 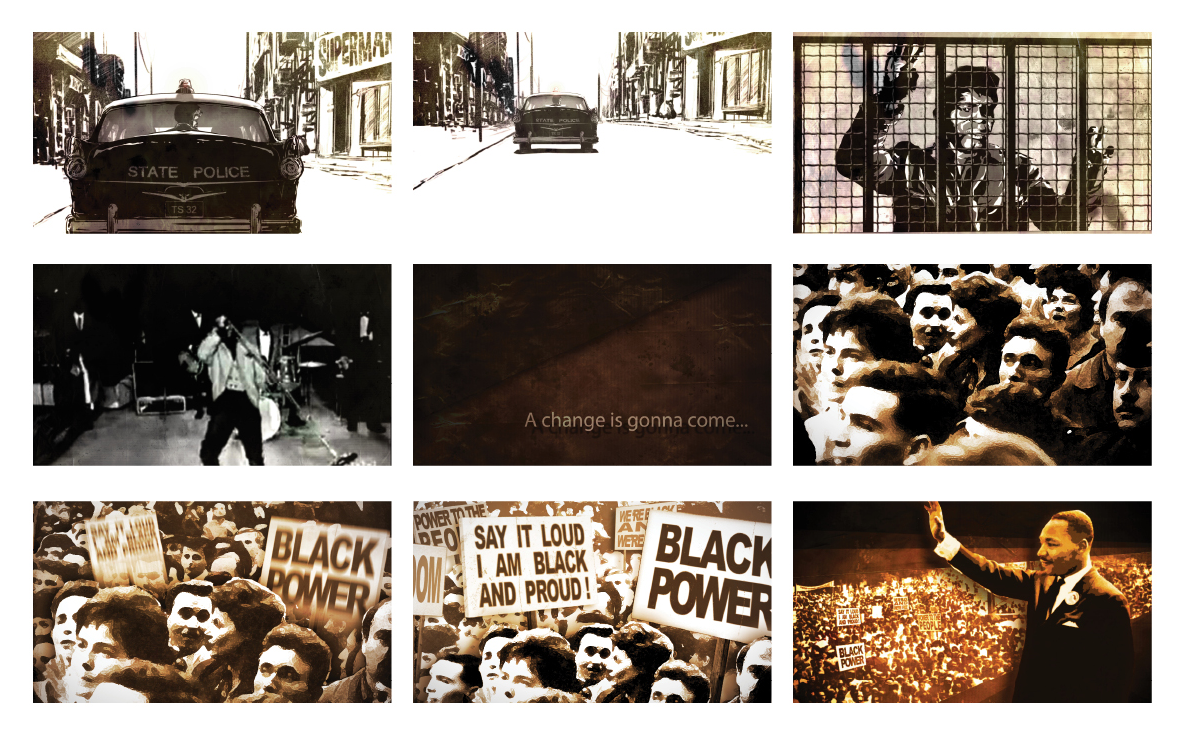 Thanks so much, xfauthoux! Watch the amazing video for James Brown’s ‘It’s A Man’s Man’s Man’s World’ below: